Lena Müller‘s first novel Restlöcher, a poignant family-roadmovie-novel with a unique tone, will be presented at the European Festival of the First Novel at Kiel, from June 3rd to 6th, 2021 – a great occasion to present the novel to international publishers. A translation sample in English and French for this occasion will follow by the end of March.

The festival, which takes place at Literaturhaus Schleswig-Holstein in Kiel, is a combination of an expert conference on European first novels and a public reading by all participating authors. From Norway to Hungary, from Finland to Spain, participants have made their way to Schleswig-Holstein. From the start, a network for authors and publishers of future European literature has come into existence, and it is steadily growing. A considerable number of the presented first novels has meanwhile been translated into various languages. Each year, there are ten countries involved in the project.

More information is soon to be found here: https://literaturhaus-sh.de/programm/EFdD.html

Sando loves the Fox. The Fox, among all people. This young man with the unsettling smile who he met at a demo and who he cannot really get a hold of. But Sando has learned that you can’t hold onto love, you have to wait until it comes back. He has learned that from his mother, who decided twenty years ago to leave her social background and to pursue her own goals, to not always be there for others: “The possibility of disappearance is always there. Because we are not just the ones the others want us to be”, she said.

And now his sister Mili calls Sando because their mother has left their father – again. Without leaving a note. Sando agrees to embark with Mimi on the search, hoping to escape his lovesickness on the way. Lena Müller‘s first novel is about love and freedom, obligations and longing – and about what is left over.

Lena Müller, born in Berlin in 1982, studied literature and cultural journalism in Hildesheim and adult education in Paris. She was an associate editor at the French-language feminist magazine timult and works as a freelance translator and author. She won several awards for her literary translations from French. 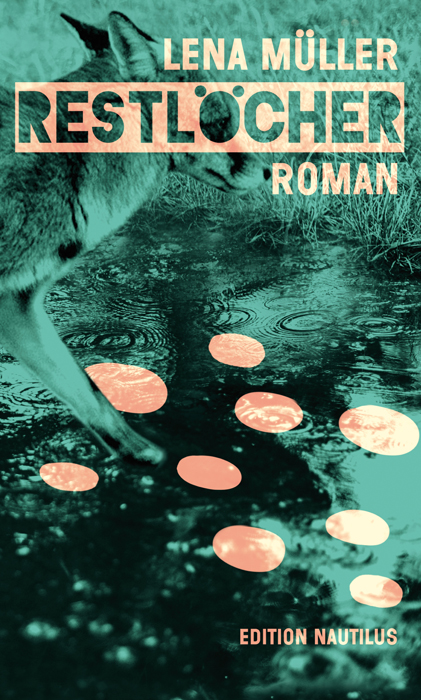