Selim Özdogan, Der die Träume hört – a fascinating crime novel that has it all!

“Der die Träume hört” (“Hearing the dreams”) is a novel about what you win and what you lose in social rising. About drug trafficking 2.0, which remains a dirty business even on supposedly clean internet platforms. About how we want our lost sons to have it better than we did.

Nizar Benali has made it. He has left Westmarkt, the ghetto of his native town in the Ruhr area, where he grew up among other “blackheads”, where drug dealing and racketeering flourish. He earns his life, not badly, as a private investigator for victims of minor cybercrimes. When a wealthy father asks him to find the darknet dealer “toni_meow”, who has sold Mephedrone to his teenage son who died after taking it, it looks to Nizar like a well-paid but hopeless job. But then an old lover presents him her seventeen-year-old son Lesane – their son. Lesane roams the streets of Westmarkt, he deals and owes a lot of money to his supplier, a rather dangerous man. Nizar realizes that finding “toni_meow” is the only way to save Lesane.

“Der die Träume hört” is a gripping and sharp novel about what is gained and what is lost in social rising. About the dreary glamor of the streets. About drug trafficking 2.0, which remains a dirty business even on supposedly clean internet platform – and about lost sons who we want to have it better than we did.

Selim Özdogan, born in 1971 in Cologne, has studied Ethnology, Philosophy and English but dropped out of university. He had a lot of different jobs before becoming a full-time writer in 1995. He published more than 15 novels and short story books, last in 2016 „Wieso Heimat, ich wohne zur Miete“ and 2017 „Wo noch Licht brennt“. „Der die Träume hört“ is his first crime novel and his first book at Edition Nautilus. His novel „Die Tochter des Schmieds“ („The blacksmith‘s daughter“) will be published in English in 2021 (Voland & Quist, UK).

“Der die Träume hört” is to be published in September 2019, galleys are available 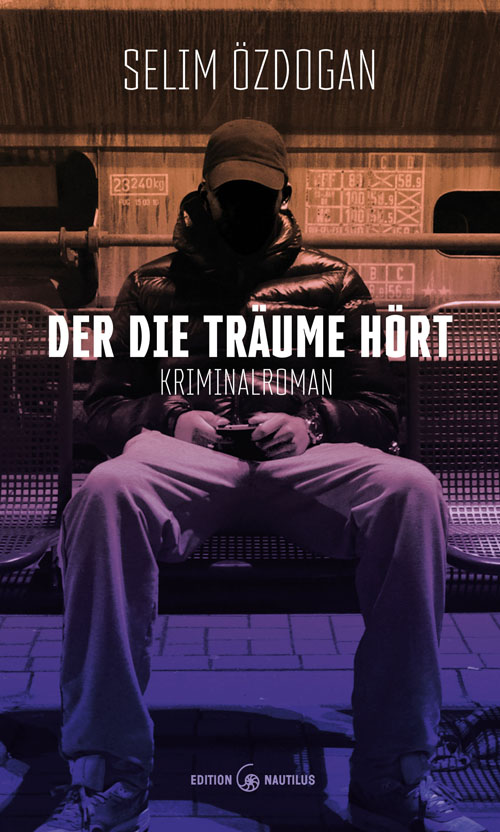